Guess The Famous Chess Player No. 19. Who is this?


I mentioned last week I picked this up recently for a few quid. 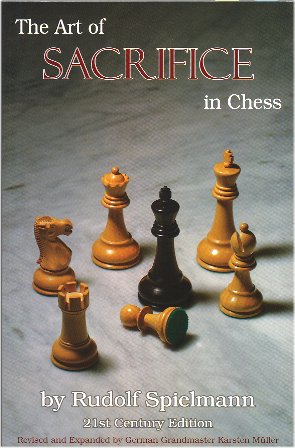 I am going to...hope to...plan to...go over this book in detail in a later
blog but as I tend to get distracted and make these things up as I go along
I have no idea what is coming next. Last week I happen to mentioned that
back in 2000 just after Kramnik used the Berlin Wall to stump Kasparov
in their world title match. I recalled a game of Spielmann’s where he sacced
a pawn on d6 to stop Black developing and it got me thinking about the Wall.


White plays 5.Bxc6 dxc6 etc... My idea (though not original) was to play 5.Ba4
reasoning that the d6 Knight will have to move again. The Lopez Bishop stays on
the board and I can watch 100 pages of theory flying out of my opponents ear hole.
And yes, after 5...exd4 White is two pawns down but look at the development.

Not in anyway a bust, just a sidetrack taking your opponent for a walk in the woods
where if they are not familiar with the surroundings things can get hairy and scary.

The Berlin has become quite popular at all levels however 6 Ba4 gives up pawns
and GM’s don’t like doing that so this variation has remained as a sideline. There
are only 19 games with it compared with 513 mainline 6.Bxc6 on here and in my
main OTB database there are only 49.6.Ba4’s and 3,700+ games with 6.Bxc6.
So at our level it’s worth a stab if you have limited time to study modern theory.

I found a good game with it Showalter - Pillsbury (see below) but around about the
same time I also discovered 4.Bxc6 and 5.d3 and I liked what I was getting so I used
that, with a good deal of success, as my anti Berlin and Anti Marshall weapons.
(After 3...a6 4.Ba4 Nf6..5,Bxc6 and 6.d3.) Here and OTB I’ve won over 50 games with it.

So I forgot all about 5.Ba4 and indeed the Berlin as I would never have to climb that wall.
Then the two Spielmann books reminded me of it and I found a smashing game with 5.Ba4.

Next a 2006 game that I recently discovered when looking to see who else had this idea.

Two games that entertain and inspire. What more do you want to fire your
imagination. That was two good players coming unstuck in this variation
so just imagine what the potential is for us down here in the cheap seats.
(of course all this was just an excuse to show you two good games.)

I wish I never started showing chess stamps. I’m getting more PM’s about them than
the games. There are some serious collectors on here and I’m getting inundated with
requests for more and can I to go into greater detail about the stamps background.
(they want information on something called ‘wing margins and denominations.’ )
To try and keep these nutcases from giving me grief I’m showing two this week.

Here they are and next week I’ll forget to show any more.
The thread accompanying this blog is Thread 195336