Tarrasch (bless his bones) said he felt sorry for anyone did who did not
know the game of chess. I feel sorry for you lot because you do not have... 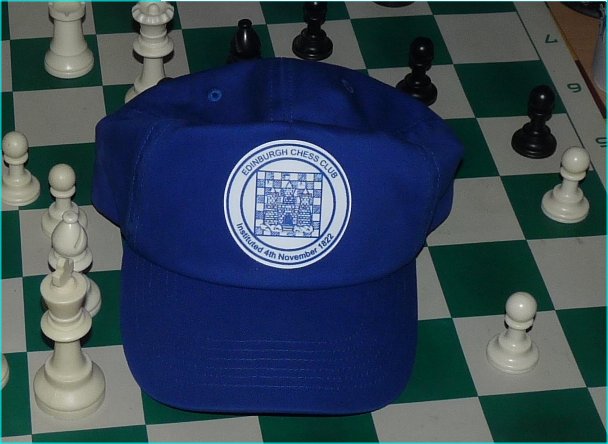 My hat like music, money, love and more money has the power to make me happy.

I am fully aware of how jealous a lot of you are of my good looks and chess playing
skill (I know some of you have named your children ‘Geoff’ - even your daughters.)
and me and my hat will have you gnashing your teeth and barking like a crazy dog.

All I can suggest is you lay down in a darkened room and listen to a CD of Whale Song.
(I did that once, I fell asleep and dreamt I was being harpooned by a one legged maniac.)

Played by me last night in a blitz session at the Edinburgh Chess Club. White to play.
Black went on a merry pawn stealing spree with their Queen. Now mate it is in three.


answer at the bottom of this page.

An uncommon chessboard moment from the critical fifth game. White to play.


The g-pawn giving luft is the same pawn threatening checkmate.

The game did not end this way, White eventually won in another 20 moves. Heroic
Pawns was something I covered quite a number of years back here are a few more.

76Xadrez - WelshWhirlWind RHP 2019
Where we see Black making a valiant effort to bust the London System.

Next we see the Black idea. Unfortunately it fails because even if White was not aware
of it any normal developing move would have stopped it. In the above game it was 4.e3

Of course I may be wrong and I’m seeing a trap that was not intended by Black.
In which case it is just bad play, but on here I always give the benefit of doubt.
(to be honest sometimes I’ve no idea what on earth some of you are thinking about.)

This time a short game where a Black pawn delivers the mate.

I mentioned in the chess forum everytime I’m on RHP I look at the games complete
in gallery mode so you can see the final position and if anything looks like it was an
interesting game I dive in and have a look. Here all I saw was the final drawn position.


And I bet myself that the White King could have beaten the Knight.