I Know How Hans Neimann Cheated (he used Fritz)

I Know How Hans Neimann Cheated (he used Fritz)

What a crazy past few days in the chess world. Everyone has gone mad.

Magnus Carlsen who stepped down from being world champion has
now walked out of the Sinquefield tournament after 3 rounds and leaving
behind a whole army of experts and idiots all speculating as to the why?

Psychiatrists, artists, businessmen, journalists, soothsayers and
monks have all stuck their oar in trying the explain the reason.
Chess players from Grandmasters to the lady who serves behind
the counter at my local post office have all voiced an opinion.

The fact is at the moment nobody knows. Here is what we do know.

Hans Niemann beat Magnus Carlsen in round 3 and bragged about it
in the after match interview (why not?) also claiming he had guessed
what opening Carlsen would play and had studied it before the game.

Round 4 starts and ‘for some reason’ anti-cheating security was
beefed up and before the games started Carlsen simply walked out.

He left the baffled chess world with the above tweet adding a well
known and often used quote by José Mourinho (a football manager.)

This quote is so well known it has it own t-shirt.

No doubt very soon the Carlsen t-shirts will be on offer.

And that is all we really know.

So I might as well join the rest of the speculators. I see them as... 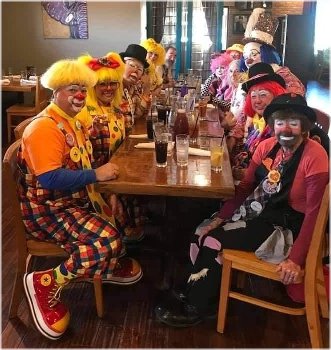 And feel left out. I want in.

A lot of them have branded Hans as a cheat. The game was scanned by
cheat experts including ‘the chess detective’ as the Wall Street Journal
labelled him, Ken Regan. Nothing untoward was found, a clean game.

The clowns scratched their heads and started to psychoanalyse Carlsen.

Suddenly in another interview Hans admitted he has been banned by
chess.com for computer assistance. Not once but twice. This time no
bragging, it was a perfect little boy lost in a sea of misery performance. 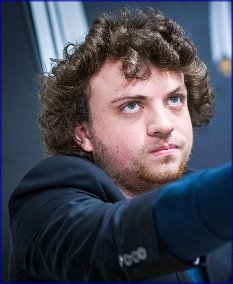 (here I remind the reader the over the board game v Carlsen was judged clean.)

Yet again out came the despairing howls of ‘Cheat!’ as people ran from
one side of the room to other in a melee of headless chickens not knowing
what to do or who to blame next. The u-turning has been hilarious to watch,

But it’s easy to squeal cheat. What I wanted to know was how was it done?
Hans used Fritz. No, not Fritz the chess computer, Fritz his twin brother.

I found this old theatre poster. 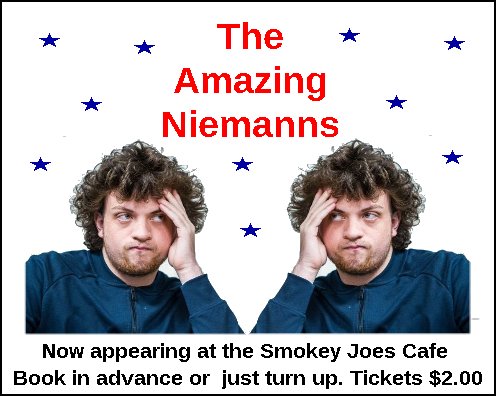 The pair of them used to do a mental telegraphy act. By all account it was
not very good, rumour has it that Carlsen once walked out during a.....

Just as I was enjoying myself. Never mind lets do.. 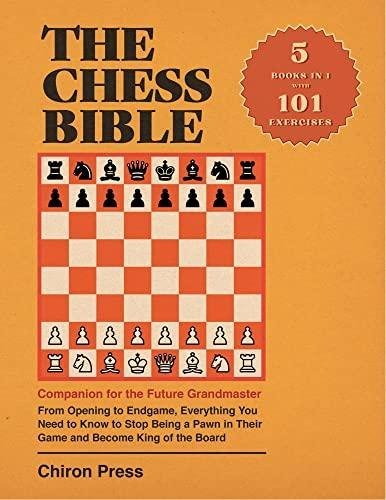 It’s on sale at Amazon.

All this talk of who cheated who etc and etc is getting pretty dreary.
How about a couple of RHP games where we know there was no foul play.

I wonder if the editor, Baruch H. Wood ever got a chess license plate.
Of course if Hans Niemann had a car the license plate would be...

The thread accompanying this blog is Thread 194658