Chess Blitz Tricks and the RHP Hall of Doom

Chess Blitz Tricks and the RHP Hall of Doom 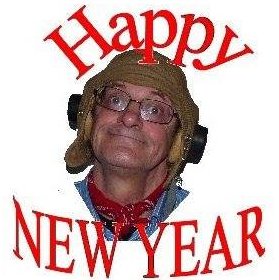 Chess wise 2017 ended on a controversial note which had everyone in a lather.

Introducing to these pages the Russian chess player Ernesto Inarkiev 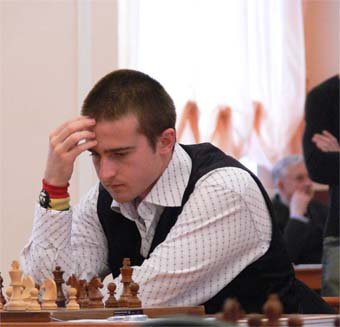 The 32 year old, named Ernesto after the Argentinean revolutionary
(and also a chess player) Ernesto ‘Che’ Guevara, was involved in a
wee spot of let’s call it ‘sportsmanship’ in a game v Magnus Carlsen.

Ernesto ignored or missed the check and played 27...Nd3+


Both Kings are in check and here Carlsen on auto-pilot played 28. Kd3.

Ernesto stopped the clocks and tried to claim the game insisting that
Magnus should lose the game because he played 28. Kd3 whilst the
Black King was still in check! Incredibly the arbiter agreed. Bedlam!

The result was appealed and a new decision reached. Play should re-start
from 27. Rxb7+ . Inarkiev refused and the game was awarded to Carlsen.

Some internet sites and other players have not been shy in condemning
Inarkiev calling for him to serve a ban for bringing the game in disrepute.

The question is, did Ernesto really try to chisel Carlsen in this game?
My first thought was. ‘What a fool.’ if you are going to do a sneaky
shot than don’t do it against the World Champion whose every move
is seen, and often criticised, by millions of punters all over the world.

But now I’m going to give the lad the benefit of the doubt.

I play a lot of OTB blitz. it’s easy to miss an illegal move. Carlsen did
and he’s the current World Blitz Champion! Then you add in the frayed
nerves that such games produce and the fact all chess players can do some
very silly things in the heat of the moment. Like trying to claim the game.

At the time it would have seemed like a great idea. Claim a win from a lost
position against Magnus Carlsen, remember originally the first arbiter agreed.

If the arbiter had employed the correct decision on the first claim then
this matter would have been shrugged off but it escalated out of control.

Other methods of swindling blitz games to look out for.

The Pawn Jump (White to play)


White realises he will lose the promotion race so plays h4-h6.
This one is very common and it’s not only a blitz game trick
Pawns doing a double move have been seen in classical Chess.

The other ploy in the above position would be to ‘accidentally’ knock
your White King off the board, appologise and then replace it on h2.

The Non-Check. Played with the house rules any illegal moves loses.

I'm not advocating you try these tricks. But do watch out for them. 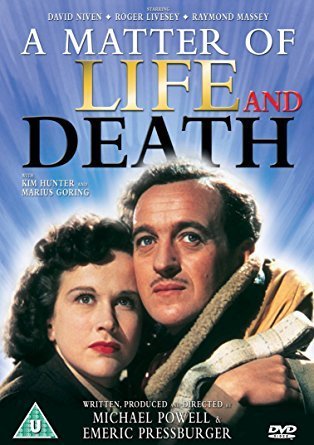 This film released in 1946 (under the title ‘Stairway to Heaven’ in the USA)
has a few links to chess all coming from the character who played Conductor 71.

Conductor 71 was the guide who misses David Niven’s soul in
the fog and spends the whole film trying to get him into Heaven.
He quotes Philidor and studies the book ‘Alekhine’s Best Games.’ 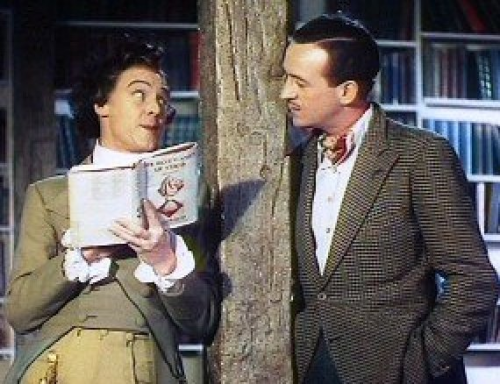 What some may not know is that the actor who played Conductor 71
was none other than Marius Goring and I can reveal he was not related
to Carl Theodore Goring ( 1841-79) the inventor of the Goring Gambit.

Having established that here is a Goring Gambit from last year.

The Tragedy of Taimanov and ‘The Winning Move.’


I’ve mentioned this a few times over the years. That game winning move
you spot and immediately play can be, and is often tainted. The sheer joy
of the win clouds the mind and the winning move turns out to be a lemon.

Moves you think that will force a direct resignation need triple checking.


White should play 1. h3 instead he played the winning move 1.Ne6.

You have to admit 1.Ne6 looks very good. The Knight attacks the Queen,
it also covers the squares g7 and d8 the threat is 2. Rd8+ Black can resign.

Zhukhovitsky admired 1.Ne6 then played 1...Ng4 and it was White who resigned.


Black has Qxh2 and Nf2 mate on the board as well as Nf2+ winning the exchange.

To kick off 2018 here is a nice selection of needless stalemates from 2017.

Let us first enjoy a magical moment given to us by:

If White had just looked that one move deeper.

This next one will raise a sadistic smile.

Unfortunately there are 1,000’s of stalemates similar to what follows on RHP.

Zorro the Fox has made over 1 million moves on Red Hot Pawn and usually
has 500+ games on the go at the same time. It is therefore not surprising that
from time to time he misses a good move. But here Black has no such excuse.

The win Black missed in the previous game.

A very similar idea was missed by White in:

I’m now looking forward to filling the ‘Hall of Doom’ with some 2018 games.