Chess Authors and the Gremlins.

Chess Authors and the Gremlins. 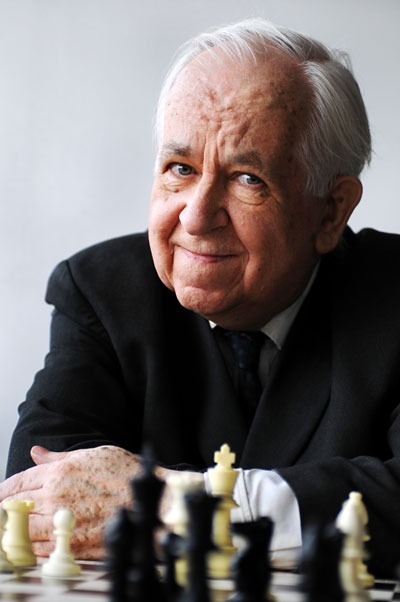 I cannot stress enough the importance of a good chess column in the
pre-digital age. In the UK chess did not warrant T.V. or radio coverage
unless there was some other ‘non-chess’ news attached, for Instance;
a defector v a Russian world champion. (Karpov - Korchnoi 1978)

We had monthly the magazines, ‘CHESS’ and ‘BCM’...

...but these arrived after the event. The chess columns by Leonard Barden and
his fellow columnists were invaluable for keeping us to date not only during the
hot political matches but the other mundane (but important to us) chess news.

I have a copy of Leonard’s 1963 book on the Ruy Lopez and decided to thumb
through it looking for a bite (a blog idea!). I opened up a wee Pandora’s Box.

The key word is ‘Trap’. I never miss it.

Correct Duck. And surprise, surprise. We have no RHP victims in this trap(!).

First I had better say Leonard has added the ‘?’ after the wrong move because
amongst others; Nunn, Aronian, Ljubojevic, Anand, Leko, Beliavsky and
Karjakin, have all played it. No real harm done, just needs tidying up a bit.


Now the normal move here is 8.c3 but this can encourage a Marshall Gambit
The move leading to the key position is 8.d4 one of the Anti-Marshall Moves.

Estrin and Panov in their 1980 Volume I, ‘Comprehensive Chess Openings’
also consider this move is a mistake. Time passes and we find Andrew Soltis
in his 1991 book ‘The Complete Spanish’ turning 8...Nxd4? into 8...Nxd4!?
(by my reckoning the line is improved every 30 years so in 2021 it will get a !)


Now we are at the position where the trap is set. If Black tries to hang
onto the extra piece with 10...Nc6 or 10...Ne6 then they get into big trouble.

The best move here is 10...Rf8 giving the piece back. Yes Black is a pawn down,
but the bright side (and the best chess players are optimists) Black does gets a
lot play for the pawn and if you wanted a Marshall Gambit (a pawn down and
a lot play) then this what you have. Infact so good is Black’s counter play after
10...Rf8 the good guys do not sac on f7 (9.Bxf7+) but instead play the safer 9.Nxd4.

I’ll get 9. Nxd4 out of the way first because this floats ‘The Noah’s Ark Trap.’

dcpk - Shelrock57 RHP 2014 (it is down this hole dozens of RHP players have fallen into.)

Now as promised we look at 10.e5. This game has some very nice ideas inside it.

Back to the main theme and the trap Leonard Barden mentions. I have no RHP examples.
However I do have 33 OTB examples of players walking into it and there will be more.
This next game is the same game ( Penrose - Thomas 1961.) Leonard gives in his book

We now continue to tool you up in this variation by looking at 10.....Nc6.


Tim Harding in his 1977 book on the Ruy Lopez mentions the Irish
international player John Moles for recommending the move 12...Ng8

Saying White is best to take a perpetual. However I can recall in Edinburgh around
about 1979/80 a group of us spotted a flaw in this variation and White is still on top.
(I was shown the ‘bust ‘ by an Edinburgh player rejoicing in the name Gary Player.)

And just before posting this blog, I was browsing in a 2nd hand shop and I saw this. 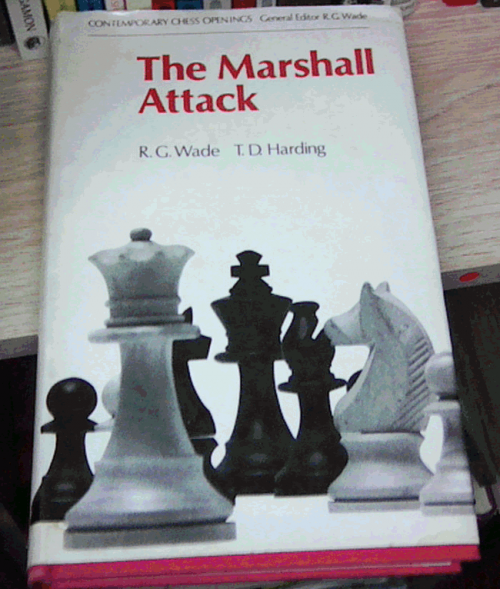 Did not fancy paying the £8.00 (phew!) asking price so got my mobile/cum/camera and
took a few pictures of the relevant bits. Harding and Wade (in 1974) too miss the flaw.

I’ll show the perpetual Tim mentions first and then the refutation in the same game.

So it’s looking like holding onto the piece is dodgy and giving it back with 10...Rf8 is
best. No RHP player has tried to hold the extra piece but there are games with...10 Rf8

We end with an RHP game in this line. White makes a slip but could have recovered.


That is how easy it was in the pre-digital/pre-computer age to get tripped up.

I manage a mistake, usually in notation, sometimes in a variation once a blog!
But a click of a mouse and it’s sorted. Once in printed form, it’s out there so
there is very little you can do, hopefully repair any damage in the next edition.

I miss those days when we scoured the small print in the notes looking for a
wee mistake that we could use or publish looking for our 15 minutes of fame.

“It was important in the strange old days to think for yourself and not
just wait for the next floppy disk!” David Bronstein writing in 1995.

Of course these days authors let their computers do the talking sometimes
with no text or human evaluation which is rapidly become a lost art form.

An excellent book which I would have no trouble passing on to a student of
the game. It is packed with information, advice and some wonderful ideas.

At the end of one variation Leonard says Black’s position is inferior but it
does have counterplay. That is a wise old head talking. A computer, which
has no idea of the concept of counterplay would shun such a line and therefore
the modern writer would not even see it to give it their experienced evaluation.