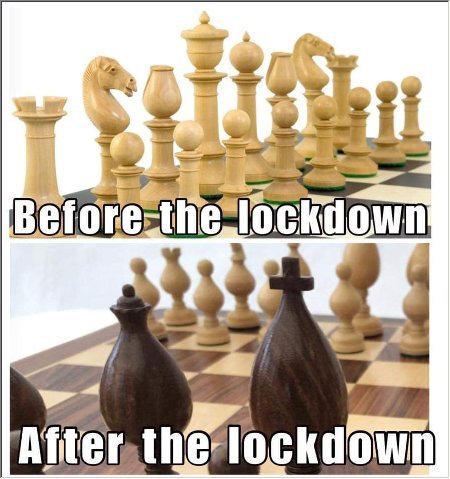 (picture sent in my 'Fat Lady' an old RHP member)

A few weeks back someone posted a game in the Chess Forum that had about 6 or 7
consecutive captures. I looked for other games with more on the trot captures.

This next one also has 14 consecutive captures. White starts it off and somehow
in those 14 moves White manages to lose a piece, I still have not figured out how?

I’ve mentioned before that I am entering for posterity the James Macrae Aitken games
into the Britbase DataBase. I am now halfway though and enjoying every minute of it.

Occasionally Aitken will drop a ‘?’ onto the end of a move. I use to stop there to see
if I could figure out a good move missed or if it was blunder. But that was increasing
the time I was taking by, in some cases 30 minutes, so I now, reluctantly, pass them by.

However....I never learn. Though in this case it looked too interesting to ignore.

So why the ‘?’ I could not see it right away and will admit if this popped up in a game
then I too would play 1.Rh7. I was only looking for something else because of the ‘?’
(I say 'would have' maybe not now. I have and hopefully you have too, learned something.)

The options are quite narrow, there only a few choices for White. And the Rook
checks I just dismissed following the ’Rule of Thumb’ never give useless checks
in a Rook ending. Usually you are only driving the King to where it wants to go.

Take another look at the Rook checks.

1.Rf2+ The Black King cannot go the first rank 1...Kc1 2.Rg1+ and with h1 covered
White can take on a6. We are in only move territory, on the right track, look deeper.

Queen and Rook v Queen is usually a win for the extra Rook player. Sometimes the
lone Queen can force a perpetual or the Rook can be picked up with a Queen fork.

Let us stay with game and see how it could have been lost.

Positions in which an intended delightful combination was, either by accident
or design, avoided and the chess world was robbed of it’s brilliant appearance.

Ray Keene is not everyone’s choice cup of tea and I’d say 99% of the bad feeling
towards him is his own doing. However we must never forget he was once a very
good and influential player. (and when he wants to, can write good chess books.)


The thread accompanying this blog is Thread 189325
I have decided to leave the comments off as I have no way other than keep coming
back here to see if any have been made. Any corrections etc just use the above link.
Share
Tweet