Welcome to Hikaru Junction, the only chess blog on the internet with absolutely unimaginative titles. Today I thought I’d catch you all up on the last tournament I played in over the board, as a way of easing back into this blogging business. In any case, I last played at the Empire City Open in NYC, where I scored a rather pitiful 1/6. Hopefully my mistakes will prove instructive. Let’s get into it, then!


Then, the lunch break. Having played reasonably well for the first twenty moves of the previous game, I was not too downcast, and I went to the sandwich shop to get lunch: A grilled chicken sandwich with melted cheese, if I remember correctly. And some of the below chips: 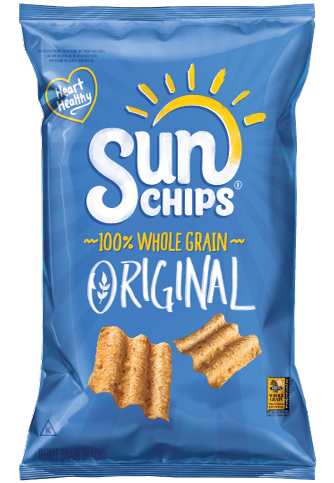 I only mention these chips because they represented a perfect image of my mental state at the time: perfectly adequate, but not particularly good and cracking at the slightest pressure. Going into the second round, I was cautiously confident.

Invert BoardPGNComments
1. e4 e5 2. Nf3 Nc6 3. Bb5 Nf6 {A fairly drawish opening, but that’s no reason to settle for a half-point already.} 4. d3 d6 5. h3 {This allows for d4 without harassment from a bishop pin on g4, and frees the knight up to go to f5 in the future.} Be7 6. O-O O-O 7. Bxc6 {It is perhaps premature to capture without provocation on a6, but the move doubles Black’s pawns and, more importantly, weakens his control of the center.} bxc6 8. Nbd2 h6 {Instead of this move, which I believe to be correct, I had originally written “8.g5,” which lead to a great deal of confusion for me as I reviewed the game.} 9. Re1 c5 10. b3 {To allow Bb2, and reinforce c4 as a destination for the d2-knight.} Nh7 {Vacates the f-file and allows the knight to go to g5.}11. Nf1 f5 {If not taken, the push to f4 is unpleasant for White.} 12. exf5 Bxf5 13. Ne3 {The knight now controls all the light squares in the center of the board.} Be6 14. Bb2 {Helping to prevent d5 with the threat of capture on e5.} Qd7 15. Qe2 Ng5 {The capture on f3 is worrying, so exchanging knights is worth developing the Black bishop.} 16. Nxg5 Bxg5 17. Nc4 Bxc4 {Black trades his good bishop for White’s best-developed piece. He loses control of the white central squares, but so does White, and the knight is perhaps better positioned with respect to the opponent’s center.} 18. dxc4 {White takes away from the center so as to open and exploit the d-file, and keep the queenside pawns together.} Rf7 19. Rad1 Qf5 20. Bc1 {This trades off White’s good bishop for Black’s bad bishop, but Black’s bishop controls the only relevant diagonal at the moment.} Bxc1 21. Rxc1 Raf8 22. Rf1 {Black controls the f-file, tying down several pieces of White’s to protect f2, but the concentration of Black’s pieces allows White to prod at the queenside and center.} Rf6 23. Qd2 Kh8 {Black pre-emptively sidesteps a check on d5.} 24. Qa5 Qf4 {Better is Rg6, causing weaknesses in White’s kingside pawns.} 25. Rcd1 {White pre-emptively begins to protect the kingside, though a move too late.} Qe4 26. Rd3 Rg6 {Black hits on the right idea after some dithering queen moves.} 27. f3 Qb7 {Black, having provoked a weakness, retreats to protect the weak queenside pawns.} 28. Qd2 e4 29. fxe4 Rxf1+ 30. Kxf1 Qxe4 31. Rf3 {After these simplifications, a draw is agreed. 1/2-1/2.}


Now, though my fighting spirit may be condemned somewhat, the circumstances in which I agreed a draw I believe to be fair: material is even, as is piece development. Black’s pawn structure is marginally weaker, but the difference is unexploitable by White.

Reasonably satisfied with the day’s play, I went home and watched The Office (the US version) for what felt like six hours (and probably was six hours) until I fell asleep. The nest morning, I woke up dim and early, ate some yoghurt, and returned to do battle with what I allowed myself to believe was the spirit of some reincarnated Viking, but in retrospect, reading over the game, was more like that of the 2012-2013 Minnesota Vikings, or perhaps Toby Flenderson.


I think it’s frustrating to play games that conclude along these lines because each move, individually, has little wrong with it, and there’s not much you can exploit, not very many risks you can take without being objectively worse off. You can’t play the game on a knife’s edge if you’re only handed the hilt, and even so, the effort you put in seems to merit more than the anticlimactic end the game eventually reaches; you expect either a win or a loss, or at least an interesting draw, rather than one that just happens. A game that just peters out, like this blog post, with a long, boring, set of words/moves.