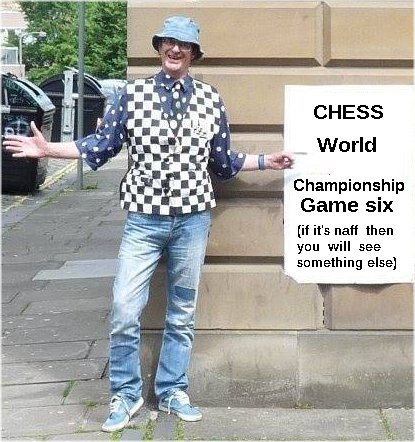 And before you start writing in and asking the answer is ‘No’
you cannot buy my chess waistcoat. I saw a picture years ago
of it being worn by an arbiter and contacted them to see if I
could have it as they surely will never wear it again. I got it!

And here is the original of the doctored picture I used above. 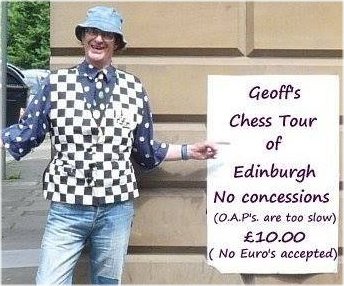 I was giving a guided tour around Edinburgh of all the places
where I had lost a game of chess. The tour took four days to
complete and the tourists got an autographed picture of me.

This next picture is me (on the left) and G.M. Mark Hebden. 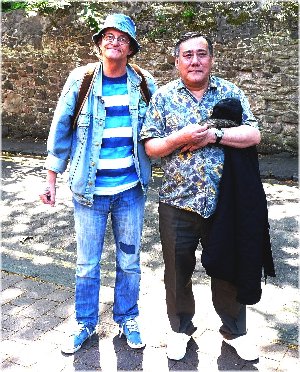 Mark was only the person who ever went on the tour
and one hour into it he demanded his money back.
( he even refused the autographed picture of me.)

This next picture is of me and Dolly the sheep taking a.....

(enough of the family snap shots greenpawn, get on with it......Russ)

I have been delaying going over this game as long as possible (Phew!)