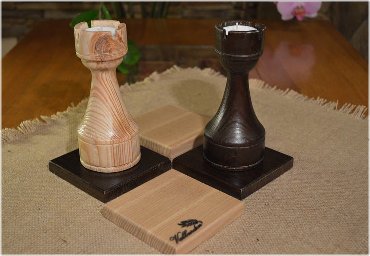 I bought four, lit them up and played chess in the dark with my son.
Nine moves in I castled, burnt my chin, jumped up scattering the
pieces all over the place and dripping hot wax on the chessboard.

After putting a plaster on my chin we lit up the Rooks and tried again.

A giant flesh eating moth appeared from nowhere and attacked me.
('it was one small moth about 1/2 inch long'.........greenpawns son.)

After my family chased the giant moth away we carried on playing.
My a1 Rook had not moved and around about move 30 I picked it up.
You have heard about Red Hot Pawn...well this a White Hot Rook.

Another burn plaster was added to my hand. After that we gave up.

Here is a wee piece of A.Galitzky magic for you (it was composed in 1904)


White to play and mate in four moves. I’ll be kind and give you a couple of clues.
Always leave Black with just one legal move to make, only one of the Knights move. 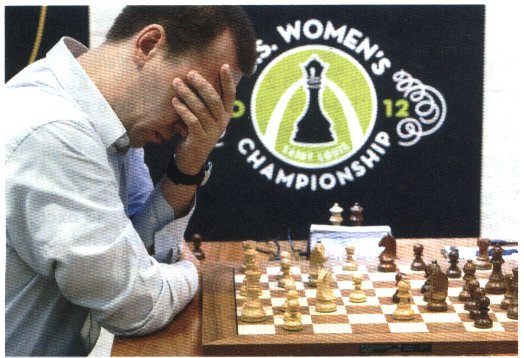 I was reading on Face Book about an experienced player recalling how he kept
getting beat by a friend playing Scholars Mate. He came up with a cunning plan.

So of course I looked at RHP games where a Queen on a5 takes a Queen on h5.


And now, just to even things up. A White Queen on h5 taking a Black Queen on a5


In case you have missed it, that was today’s instructive bit.
Look out for undefended pieces especially if there is a check
(any check) in the position. These are very basic examples but
undefended pieces often lose games even at the very highest level.

However should a good player ever think they are too good to get caught by such
banal tactics as a two move trick. (which often punishing an unprotected piece is.)
Then the rude awakening is enlightening, instructive and (for us) entertaining.

I mention last blog that I was playing over the games in this.

I had a wee joke with the Carlsen - Anand, Nice 2009 blindfold game.
Here is some good and genuine analysis by Soltis from the same book.


The thread accompanying this blog is Thread 188699
I have decided to leave the comments off as I have no way other than keep coming
back here to see if any have been made. Any corrections etc just use the above link.
Share
Tweet