Caruana in relaxed mode leaning against a White King in...er....em....Spain!

Caruana, Nakamura, Wes So and Sam Shankland are all playing in the USA
Championship which will probably have started by the time you are reading this.

From amongst this group, which I will call the Big Four, who will win?

Based on my great experience, knowledge, expertness and learning I can
predict Nakamura will win. The remaining players won it in 2016 (Wes So)
2017 (Fabiano Caruana). 2018 (Sam Shankland) so it is Nakamura’s turn.
(Nakamura won it in 2015 so you can definitely see a pattern developing.)

Last week I mentioned how many books on the endgame were out there.

You Do Not Need Another Endgame Book

Look at this position.


White to play and win.
How does he do this? By using the Lucena method of course.

There are 100’s of examples of this win get messed up in RHP.


White played 68 Ra7 and kept checking on the a-file it was soon a draw.
The win is (once seen never forgotten) a simple Lucena 68. Rf4 etc and etc. 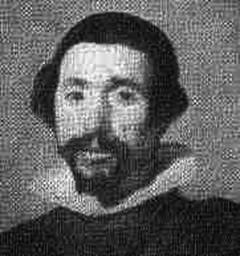 Apparently this is Lucena’s WIKI picture. (his look inspired The Beatles.)

Lucena? Who was he, when was he and what did he do? Here is what we know.

Lois Ramirez Lucena (1465 - 1530 or thereabouts). He wrote just one book
that had a wee bit of chess in it and none of it mentioned the Lucena position.


Why this particular mate is not today called The Lucena Mate is not known.
I think it is because someone made a mistake and all these Endgame ‘authors’
just copied it from one and other. (I’ll not give the solution, it is so well known.)

What else does every book on the endgame tell us.


White to play draws, Black to play to losses.

That and the Lucena position is all you need to know about endings.
Yet month after month, year after year some other clot brings out yet
another book on chess endings. The only thing that changes is the title.

All you need is this.

One Book on endings. This book is good. You don’t need another.
Another book on Endgames will not help you in anyway at all.

Not convinced are you.

OK look at it this way.

Let us pretend you are a geography student studying geography at some university.

(Personally I’ve never seen the real need for a geography expert. All they can
do once they have passed their exam is to go on and become geography teachers.
It’s like some geographical merry go round. The teachers teach the students
so they can become teachers to train more students who train more teachers.)

So you are this geography student training to be a geography teacher and
you buy a book on capitals of the world. Do you buy another and another?
No. Only the stupid students do thinking it will make them better students.

Yet Charlie the Chump will play a game, develop his pieces, screw up the
Middle Game, go into a lost ending and resign. His solution is to buy yet
another endgame book because that is the part of the game he resigned in.

The problem is with the Middle Game but that is too hard to study.
There is no easy to remember Lucena position. There is no quick fix.

Possibly but we are talking about the ending? have any of these endgame
books backed up with ten times more computer power than man needed
to land on the Moon ever bust the Lucena position so it’s not a win. No!

Have computers found out a way for White to win this position.


Now matter who has the move. No!

So what is the point of bringing out yet another useless book on endings
if all it is going to show us is something we knew hundreds of years ago.

It’s a multi million dollar con perpetrated by everyone since…well Lucena I guess.

Ask any strong player how to improve and they will say ‘Study Endings.’
And off they strut, the sad eyed sap thanks him and heads for the book stall. 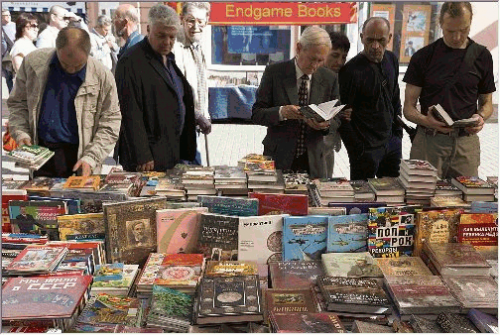 Ask any strong player the capital of Australia and the chances are the
will say Perth, Sydney or Brisbane (I bet none say Melbourne…try it.)

All this talk about Australia has made me thirsty. I’m off for a Canberra of beer.

That Keres Book I mentioned above has this next study by Sam Loyd covered.


White to play and draw. I’ll just jump straight in with the solution.

This game from last year is a continuation of the previous game.