'The Queens Gambit’ and Najdorf.

'The Queens Gambit’ and Najdorf.


I've not yet watched the ‘Queen Gambit’ but I have been swamped by the adverts for it.

My first thought was I’m sure I have seen the girl who plays Beth Harmon before.

She’s the girl who played the Martian woman in Mars Attacks!

Thanks to this covid thing and all it’s mutations I’ve been stuck indoors.
I’ve been re-reading and playing over games from all the books I have.

The routine is simple. One game per book and then pick another book and
my rules are I must play over a game won by the loser in the previous book.

I’ve chosen this game to share with you because of the introduction. It was played in the
round following Fischer’s win v Najdorf (Game 40 in Fischer’s 60 Memorable Games)

Najdorf admits he blundered away a central pawn (10...Nxd4) and then goes onto
to explain his thinking. He could not understand how such a move could be possible.


He had done nothing wrong regarding opening principles. So either his opponent is
a genius or an idiot. Najdorf then reasons that a genius is born once every 100 years
but an idiot is born everyday. So there must be something wrong with Black’s move.

So that now means I have to find a book with Portisch win in it. Good fun this.

This next one is the complete game. A joy to play over. 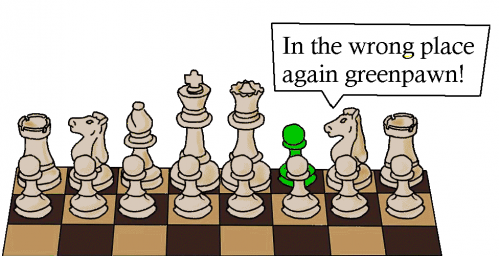 The thread accompanying this blog is Thread 188182