A King being chased across the 64 squares with a player shooting at it’s
feet still, after all these years, brings out in me a primitive joy of chess.

So when recently a Grandmaster sent another Grandmaster’s King for a walk I just
had to share it with you lot and use it as an excuse to show some of your King Hunts.

Batumi? I hated geography at school. In the old days great games came from Moscow,
New York, London, Hastings, Lyon, Seville and of course the old Opera House in Paris.
I will have to google-woogle it.... I just have and Batumi is 992 miles south of Moscow.

In this next one the King is hunted along it’s own back rank for twelve moves whilst
White treats us to discovered and windmill checks not stopping to win back a Queen. 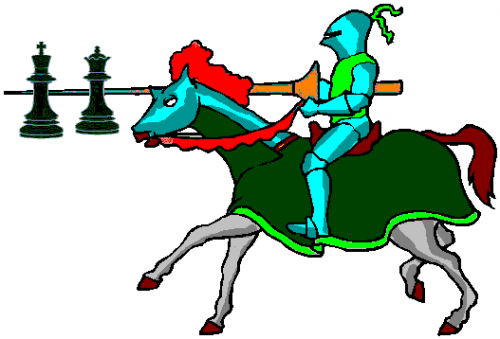 Staying with GM games and RHP copycats how about this one in reverse.

We end with this short story.

The moral being: If you see spot a trap sit on your hands, you may spot another.