I've Got A Chess Biscuit Tin!

I've Got A Chess Biscuit Tin!


I bought a Biscuit Tin! Not any common seen in your granny’s parlour
every day type of biscuit tin, but a genuine 100% Chess Biscuit Tin. 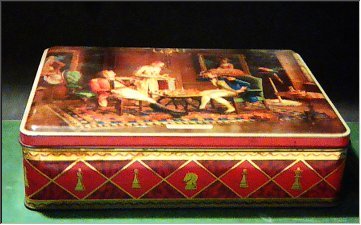 Here is a better picture of the lid. 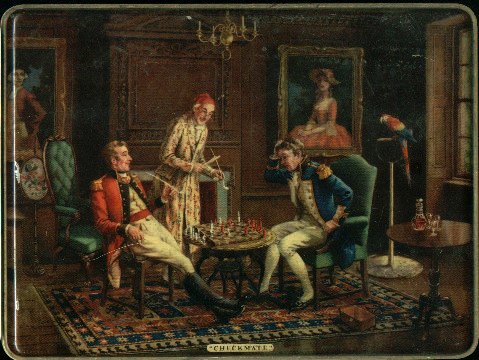 And when we zoom in to look at the position, with the board round the correct way! 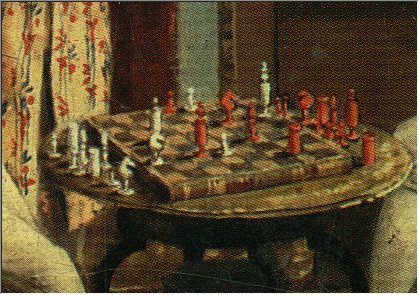 We see this is the position with Black (Red) Checkmating White.


And did I manage to find a RHP game with the same mating pattern?
I came very close. Look at this from Sue - radovan jazic52 RHP 2019

The few of you whose memory works for more than seven days will remember
last time out I showed some Red Hot Pawn ‘Rook and Knight Epaulette Mates.’


In the same blog I asked you guess the year this cover appeared.

If only I had examined the magazine more thoroughly because inside as part of
Hugh Courtney’s Christmas Quiz was this retro puzzle (composer unknown).


White has just played 5.Rxe5 mate. You have to reconstruct the previous five moves.

Pity, that would have fitted into the last blog perfectly. Solution below.

That last puzzle was hard to solve. I’ll make things a bit easy for you.

Staying with puzzles and CHESS magazine. In every issue they have a dozen
or more puzzles set in order of difficulty. I have picked four of the first puzzles
(the easiest) from CHESS magazines. The solution is ‘hidden’ under each puzzle.

Now look at this move in the following diagram.


White played 41. Ne6 It was the two millionth played on here by ZorroTheFox.

I sent the Red Hot Pawn video team round to his house the capture the historic moment. 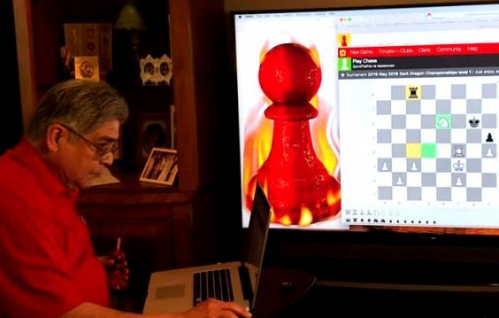 Pity he could not have mated Black on move 41 with a Knight...like he did 10 years ago.

This weeks game is where I sac my Queen for a Rook and Knight because
it looked interesting and I thought I’d get a lot more play than what I got.

Actually I got no play and the game should have been drawn or even a loss for me but my
opponent tried too hard win and eventually fell into one of many traps I had been setting.