Chess with Tal, Nana and Frodo

Chess with Tal, Nana and Frodo


This is Frodo from one of the many L.O.T.R. Chess sets 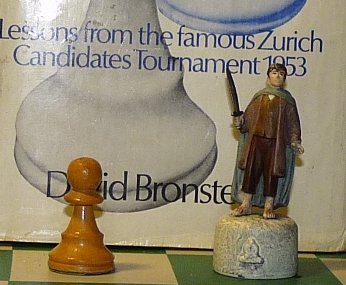 Which gives me a great excuse to show the Frodo Game.

If any of you are coaching kids or just wanting a game to show
to your merry men down at the club then this is it. It's a classic.

And who is this...Another Frodo? 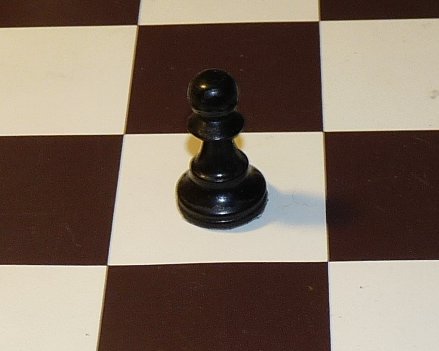 No. This little chappie had me turning my study upside down, inside out and
back to front looking for it. (I know, it is the story of my life, losing a pawn.).
That was before last Christmas. I could not find it anywhere. I was stumped.

There I was playing over a game, I knocked a pawn off the board (have you
noticed it’s always a black pawn, some kind of Murphy’s Law going on there.)
I carried on with the game, when I’d finished the pawn had simply vanished.

Ages I spent looking for it, finding lot’s of other things I forgot I had. But
no pawn. It drove me bonkers, where could it have gone to? Where is it?

Then a few days ago I found it. The pawn had hit the floor, bounced and got
itself stuck under the contraption that holds the wheel on my computer chair.

I’ve taken a picture of it in case it gets lost again so I know what it looks like. 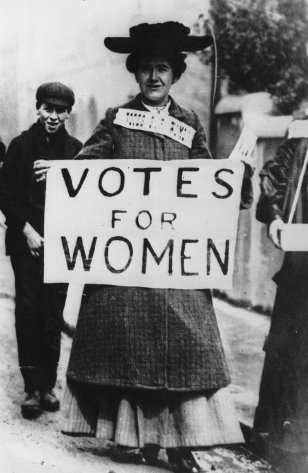 It was 100 years ago that women in the United Kingdom got the vote.
Good. We can blame them for all the mess our politicians have made.

So let us celebrate a woman. A chess playing woman, Nona Gaprindashvili 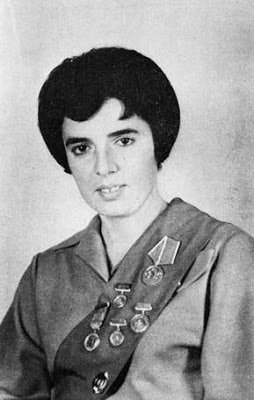 And let us celebrate a chess book, (by a women?) No.

....and now the link between the two.

Time passed...A few months went by and then this happened.

Did Tal know the Nona game. I suspect he would have found his 16.Qd4 over the board.
However Tal did enjoy his wee jokes. On page 183 of the above book we happily read:

I’ll stay with the Queens and Bishop working together as a team.

This next one is from a board 5 division 4 Edinburgh league match.
The Black player was playing in only his third serious game of chess.

Now don’t go all snobby on me thinking you cannot learn anything from
these games. You can. It is the same game GM’s play. Chess is very rich.

I was playing over the score sheet in a pub in 1994 and we reached here.

Black to play. The game ended in a draw, White got a perpetual.

But you do sense a win in this position when skipping through a game.
I paused and ‘eventually’ dug it out. I’m glad I persevered to find it.

Been having it pretty rough in the RHP games department.

Of course I’ve been getting beat by good play but sometime I’ve really
mess up. Of late I have been looking at a position with a move played,
rejecting it and then perhaps thinking it’s a re-set button I press send!
I’ve actually heard of others doing this and I thought how could you.

This one was particularly galling. I screwed it up by pressing send..

I have not learned my lesson, I did it again a few hours ago and resigned on the spot.

But one must not dwell on these things. Have played a few goodies.
This one was funny. I’m glad someone else is having a bad hair day


Having successfully managed to bury my g7 Bishop I finally have a good threat.
A Family Fork with Nf3+ White saw this and very quickly played Kf1 It is now
a Family Fork Checkmate as I played Qh3+ and White resigned. Kg1 Nf3 mate.


Funnily enough this player lost me a game in one of my mad moments.


Here I played 6...Nd6 checkmate and a few days later I went for it again.
(sorry about those two positions Melina but you do get the last laugh).


I’m thinking. Hey! I’ve that mate again and quickly played 8.Nxe4. OOPS!
8....Nxf4. I played 9.Nxf6+ to show Black what I was thinking and resigned.
(have to admit - and it’s not an excuse. I had been out drinking that night )

But enough of this misery and gloom. Here is the one I you all want to see.
A Queen sac, A Rook sac and mate. This one game wipes out all the despair

Kratic - greenpawn RHP 2018
Notes will based loosely on what I was thinking.