Hello and I hope everyone had a Merry Christmas and a Good Year.

Last post was my Christmas Quiz. Looks like most of you enjoyed it.
I am going to show you a puzzle that did not make it because I know
a lot of my audience (that is you the readers) are mostly home and
casual players and I thought it may be a bit too difficult. It is hard.

What famous game is this (not opening...famous game)? 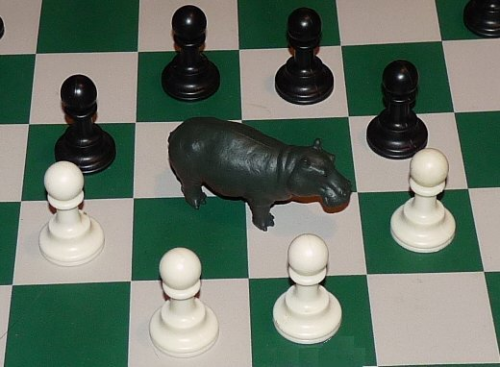 During the game Tal started thinking about how do you free a hippopotamus
that is stuck in a swamp. If you got that including both names then well done.

For the full story see page 64: ‘The Life and Games of Mikhail’ by Tal.

The hippopotamus in the picture has a story attached.

When I first came up with the idea I hunted through every 2nd hand shop
I knew trying to buy a toy hippo. Typically before the idea you see 100’s
(It was probably where I got the Christmas quiz idea from in the first place.)
But my search was fruitless, elephants, tigers, lions, horses....but no hippo.

In the end hippo-less and a self imposed deadline looming I cracked and bought
a new one from a posh toy shop It cost me £4.95 the same price as a chess mag. 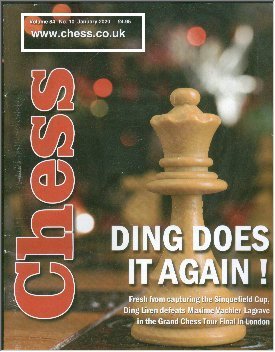 A day or two after posting and the very next 2nd hand shop I visited.... 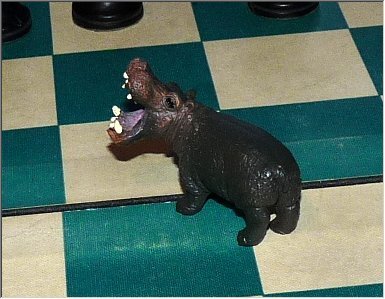 This hippo cost me 25p and it is better than the more expensive new one
which I bought out of sheer desperation....and in the end I did not use it!

The great news is that when I was in the afore mentioned 2nd hand shop I saw a ring. 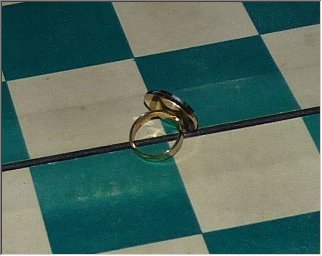 It had a chequered chessboard design on it. 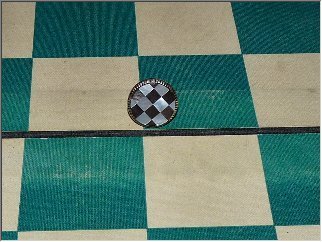 and when I put it on 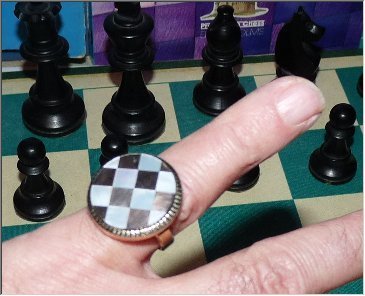 The Chess club was closed for a few days over the holiday period so I tested my new
powers against a dedicated computer machine. Mephisto (endorsed by Kasparov!)


If you actually look at any large OTB database you will see Black scores
OK with this. (see I do research these things before hitting the keyboard.)
Then you notice most of the Black wins come from under 12 junior events.

This RHP game is not the last word in this variation. In fact it is not a very
good example but I could not resist the nautical match up in the names.


This next one is not the last word either, but again, how could I leave it out.


Of course I cannot give a complete 100% tactical bust but we do have...


What was so difficult about that last game (though I really do prefer the 2nd game).
Easy to understand simple chess. It seems most you lot (think I’d better include me.)
Skip the simple moves because ‘we ‘ seem to enjoy making it difficult for ourselves.

Looking forward to 2020 and the wondrous festivity your (our) games will produce.