My latest acquisition from a junk shop. This is the best way to sharpen up your chess. 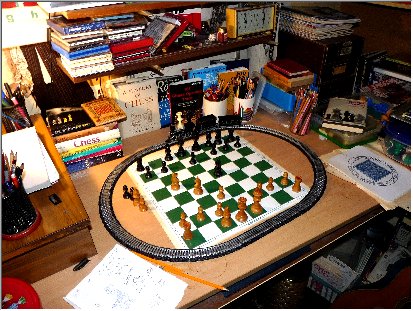 You have to solve the puzzle your are solving before the train does three laps.
However, depending on the difficulty level, you can increase the number of laps.
‘Noises Are Us’ do a super CD of train noises for you to play in the background.

White to play and mate in three moves. There is however a special condition.


Each white piece is only allowed one move, on the third move it must be checkmate.


Here White played Ref7 stalemate. But find the mate in three with the same conditions.
‘Each white piece is only allowed one move, on the third move it must be checkmate.’ 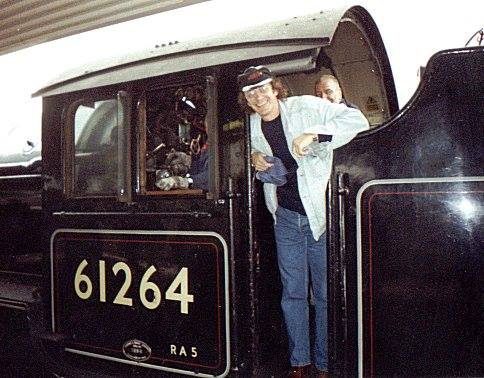 (yes that is me...solutions at the bottom.)


That is stalemate. White went onto win. Now we see an alert RHP player at work,

Here is another RHP game with the same idea but, ‘Oh Dear...’(read on and do not laugh.)

The solution to the Henry Dudeney chess teaser.


White to play and mate in three moves. Each white piece is only allowed one move.


White to play and mate in three move. Each white piece is only allowed one move.

The thread accompanying this blog is Thread 189955

I have decided to leave the comments off as I have no way other than keep coming
back here to see if any have been made. Any comments just use the above link.
Share
Tweet