You have heard of the face that launched a thousand ships... 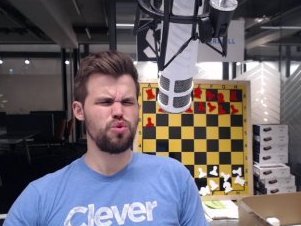 ...well this is the face that sent them back again.

Magnus has just been caught with an expected Queen sacrifice.
His reaction was pulling that face and “Wow!...Wow!....Wow!”

I’ll give a link at the bottom of this piece so you can see ‘Wow!’ in action.

It's a blitz game why am I showing it?

It is how your bloggy thingy works. I blog a G.M. game with a good idea or smart
move and then I see if I can find a Red Hot Pawn game that used the very same idea.

And I have found such an RHP game with a very similar finish. Same pattern, same idea.

And being fully aware I am breaking a Rashid Nezhmetdinov rule that one
should never analyse a blitz game ('He who analyses blitz is stupid' ) here is:

And now the Red Hot Pawn game. Do go over this, it is good.

What music are you listening to during lock down. I’m into this (what else.)

Actually very good. Hot foot stomping stuff. Been playing it non-stop.
Sent a copy to my granddaughter, she and all her teenage chums love it.

Speaking of granddaughters. I’ve been running my own Chess Tournament
with the top players in my garden (though I don't think they know about it.) 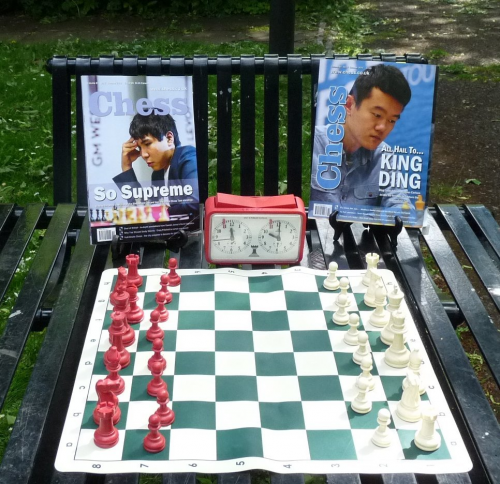 Granddaughter is 20 miles away working on the Chess Stall. 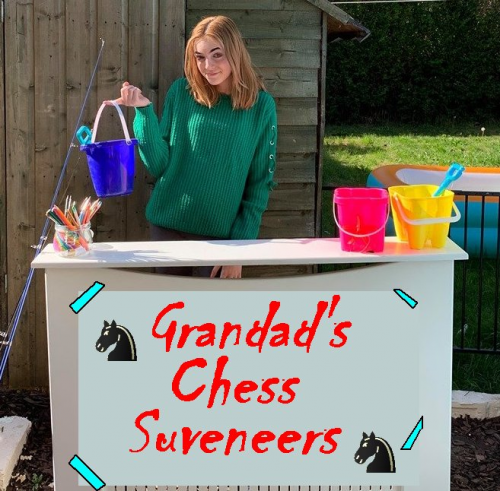 OK time to post this blog. Think I’ll end on a Chess Sketch.

I came home late from the chess club and the wife started nagging me.

"The Chess Club again, that's all you think about Chess! Chess! Chess!
and more bloody Chess! When was the last time you ever took me out?"

"A fortnight ago and when was the last time you spoke to me?"

"Yes. Two nights ago and when was the last time you spent
more than an hour with me - and don't say three nights ago."

"I appear to be in Time Trouble."

"You are in trouble this time alright. And what was
you up too last night? You kissed me and then went out."

"Speak English you swine. What do you want for your supper?"

The Link to the Carlsen game: