And this is how badly I am afflicted by the chess bug... 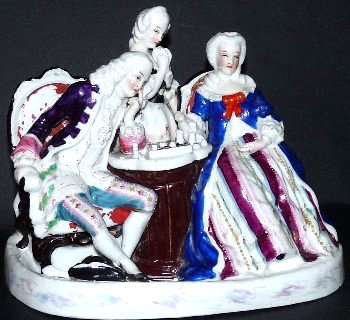 ...I’m now buying broken china just because it has a chess theme.

My research, and here I remind my readers of my diligence in such matters,
took me to a small village in southern Italy called Polominto and it was here
I met with a one legged man called Luigi ‘He Who Hops’ who told me it was
he who designed, then crafted and hand painted the above piece of porcelain.

As you can see over the course of time, he created this sculpture in his teens,
the chess pieces have been snapped off. I asked him if he could recall what
the original position was and was it taken from a famous game. But he replied
he could not even remember how he lost his leg and then told me to go away. 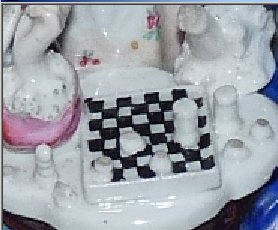 I approached the well known chess historian Edward Winter to see if he
could help but he too had no idea how Luigi, ‘He Who Hops’ lost his leg.

Maybe, and here I must admit I am taking a very wild guess, it was the
following position. Reasoning if a one legged man was going to recreate
a chess problem in porcelain then I think it would probably be this one.

White to play and mate in 3 moves.

Although admittedly a wild guess, I have not reached this conclusion
without some confidence. You see in 1969 I happened upon a crashed
Soviet spaceship in the Scottish Highlands. The crew had vanished but
they left behind a pocket chess set and it had this position set up upon it. 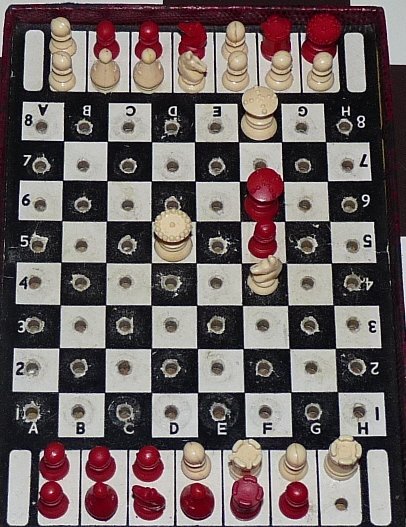 A coincidence? I do not think so and here I bring the readers attention
to the fact that Soviet pocket sets have only room for 28 captured pieces.

That is because they never played down to bare Kings, they always had at
least four left pieces on the board. It was against the Soviet state rules to play
with less than four pieces and that is why the Russians are so good at endgames. 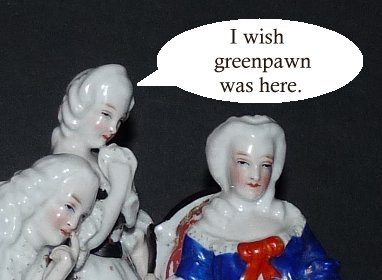 When first trying to solve this (remember to avoid stalemate) you are tempted
to get the King onto the g and h-files where it runs out of room. But the knack
is to use the Black King’s lack of legal moves to force him into a checkmate.

I’ve got something funny to show you from a recent Edinburgh League OTB game.

This position arose with White to play. (thankfully I was not White.)


White is in complete control of the e-file. He should not lose this.
It took White just four moves to completely change this situation.

Back to the Russians and we visit the 1957 USSR Championship.

This game contains an incredible trap that induced a back rank blunder.

Some RHP games featuring a weak back rank all from 2017.

Take a look a look this. White sets off on a suicide mission shunning a win on the way.

Next White avoids a Back Rank Trap only to walk into it on the next move.

Same theme. One player spots a Back Rank Trap then falls for it.

Next Black takes steps to avoid being Back Ranked but it is this very step that
mates him. At the same time the losing player turns down a three fold repetition..


This last one belongs in the Hall of Doom. Here is a diagram.


Obviously it is Black to play. Black wins. You can guess what happened.