Chess and Mary Queen of Scots

Chess and Mary Queen of Scots


I first heard the rumour in 1971 when a stranger slid up next to me in a
bar and whispered in my ear that there was a chessboard in The Meadows.

The Edinburgh Meadows is where Mary the Queen of Scots played golf.

Me playing peek-a-boo behind a statue of Mary in Linlithgow.
Could it be that that Mary also played Chess in The Meadows

Over the years I heard this rumour again and again and on occasion, although
I had never seen it, I too help spread the ‘chessboard in The Meadows’ rumour.

Then a few days ago I was in The Meadows strolling along Muriel Spark Walk.

(Muriel Spark wrote the ‘Prime of Miss Jean Brodie’ which is set in a
nearby School. Which, by chance, is the same school my two kids too.)

I saw it! The Chessboard. It is there. 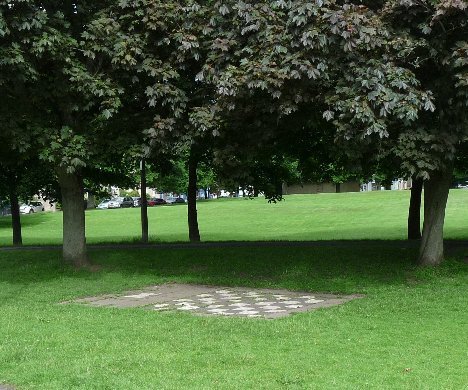 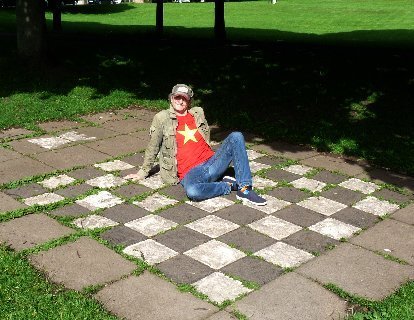 Me! I emptied my pockets (I always carry a few chess pieces with me) 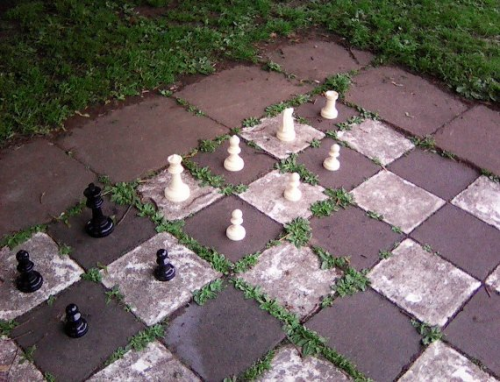 They are a tad small but they will do. Now if I only I had a friend, we
could play Chess in the Meadows on the Mary Queen of Scots Chessboard.

Often when you are stuck on a problem you begin to doubt if it is correct
and start thinking the position must be wrong. A piece is missing or one
is on the wrong square. This is a very rare occurrence but occasionally...

The first edition of ‘The Independent,’ Tuesday 7th October, 1986 had on
it’s Puzzle Page this position adding, it is White to play and mate in four.


The White King being in check is a broad hint that this problem is a bogey
and so it proved. The next day the solution appeared as 1. Qxg2 Be3 mate.


..er...what happened to White to play and mate in four?

Sometimes repairing faulty problems or working out where this type of
error stemmed from can be just as much as fun as solving the correct ones.

It is White to play and mate in four, but in this case it is Black who mates White.

The tactic of luring a piece onto an unprotected square so it can be picked up with
a Queen check can happen in any phase of the game. It is not the actual moves of
the game that I want you store, it is the idea. This trap has forty five RHP victims.

Also, I have been asked to supply a trap v The London Opening. (this is it.)

For this beautiful composition it is important to know...

The method is to corner the Black King then release the pawn to avoid stalemate.

Now we know the technique for KNN v KP we can look at:

M. Elsenstadt & A. Troitsky in 1940 together constructed this masterpiece.


White to play and win. It looks impossible but play it out.