They put a concrete chessboard outside Murrayfield Rugby Stadium
So I turned up with my blue (Scotland) and red (Wales) and chess set. 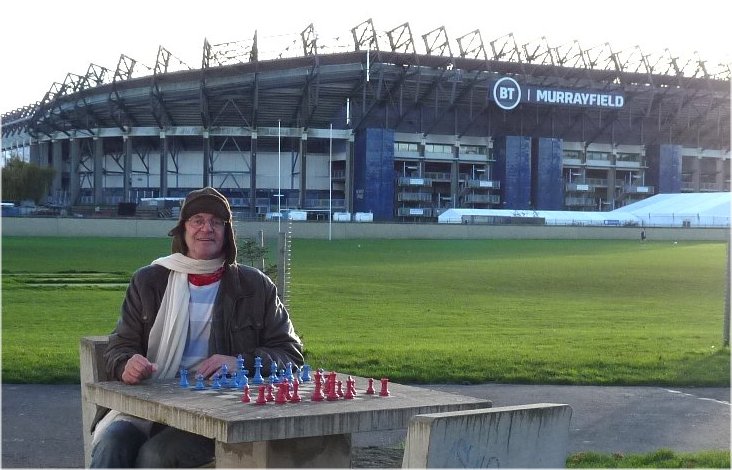 Picture clues. You have to guess the opening.

OK try this, who are these people?

Reveal Hidden Content
Knights of the Round Table...Sir Dim on the Rim etc...


What Christmas Carol is this?

What month is this?

The solution is after the following joke.

Time for your Christmas present, this is the main treat...a Cracker!

That opening I’ve used in reverse to avoid a London System. It’s not 100% sound but it
can lead to enterprising play if the opponent rates it too lowly and gets caught napping.
Here is a typical RHP game where White just develops with no clear plan against it.

Another short Black win in this line. Black’s 9th move is a good alert move..

The thread accompanying this blog is Thread 195562